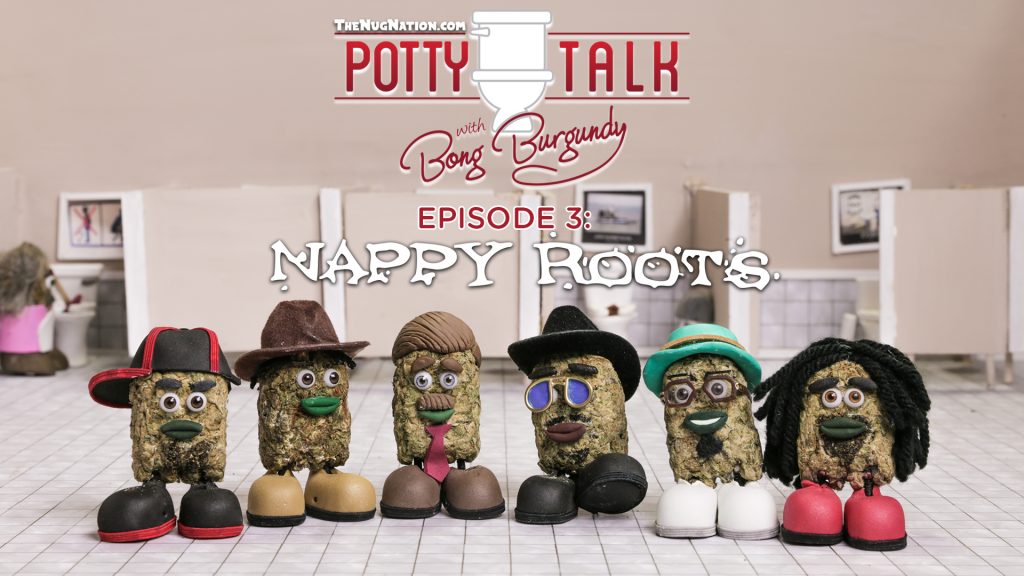 All of us here at The Nug Nation feel pretty lucky that we get to play with weed, hob nob with celebrities and typically have an immense amount of fun at work. And because we know that not everyone gets to have so much fun while working, we like to share a little of what goes on behind the scenes. Here’s some tidbits when the guys from the Southern Hip-Hop group Nappy Roots visited Nugville and were featured on Potty Talk with host and quasi celebrity Bong Burgundy.

Skinny DeVille loved being a part of Potty Talk, saying: 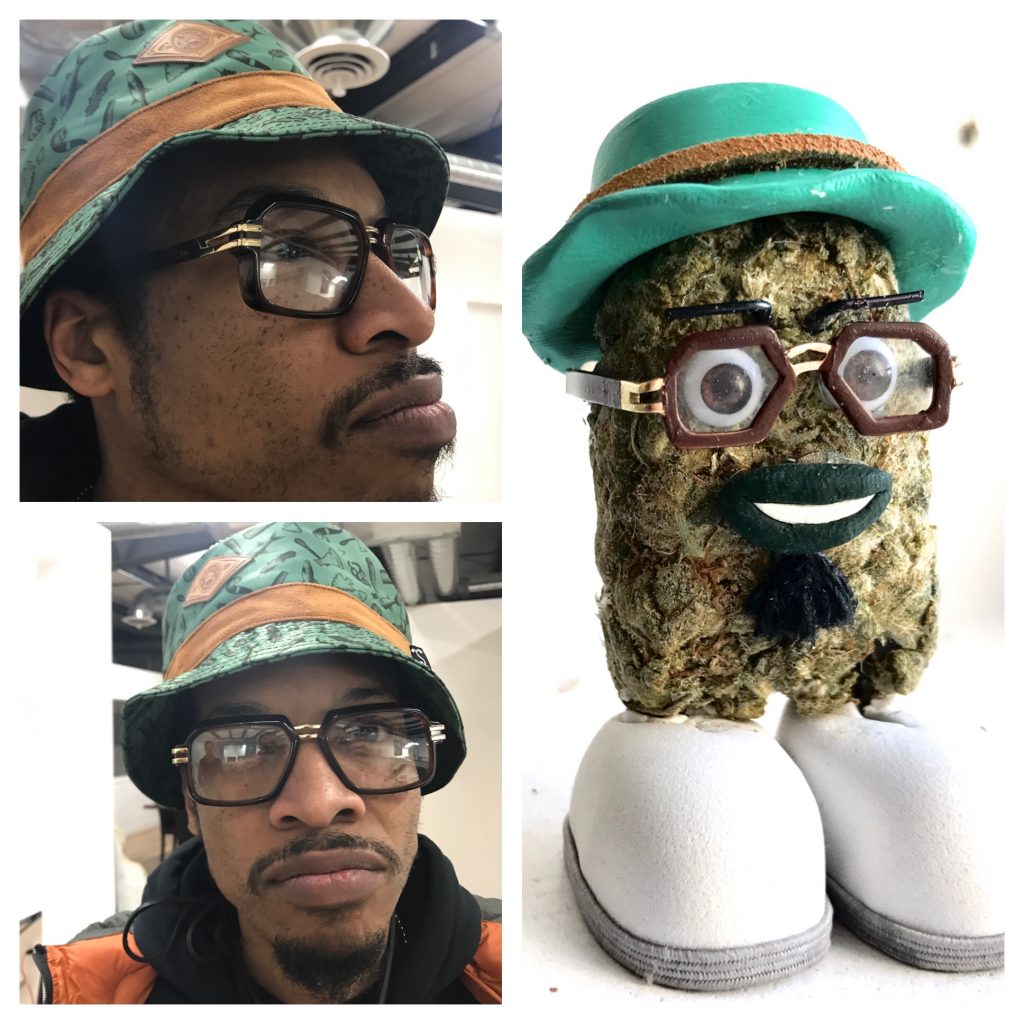 “Aw man… It was one of the coolest things I’ve been a part of in a while. We did the interview first when we arrived in Denver…in a pretty cool studio, then we went to the stop animation studio to see the nugs from previous shows and their set, which was amazing.” He went on to say “Bong was cool as a fan and the whole Nug Nation team invited us to smoke a doobie on the roof of their studio to celebrate the newfound friendship. Stay tuned for more Potty talk episodes in the near future…” – Skinny DeVille . 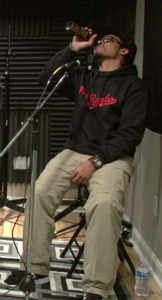 Everyone here at The Nug Nation was stoked to work with the Nappy Roots guys. And while it was a blast to have them here, we deny any and all allegations that we instigated drug or alcohol use on set, which is against the employee hand book that we were forced to sign by human resources. There was some evidence that it occurred behind our backs as one of our astute photographers captured this image of Mr. DeVille possibly consuming alcohol.

In this next image you can see that guys really seem to be enjoying themselves on set as they appear to be authentically laughing. 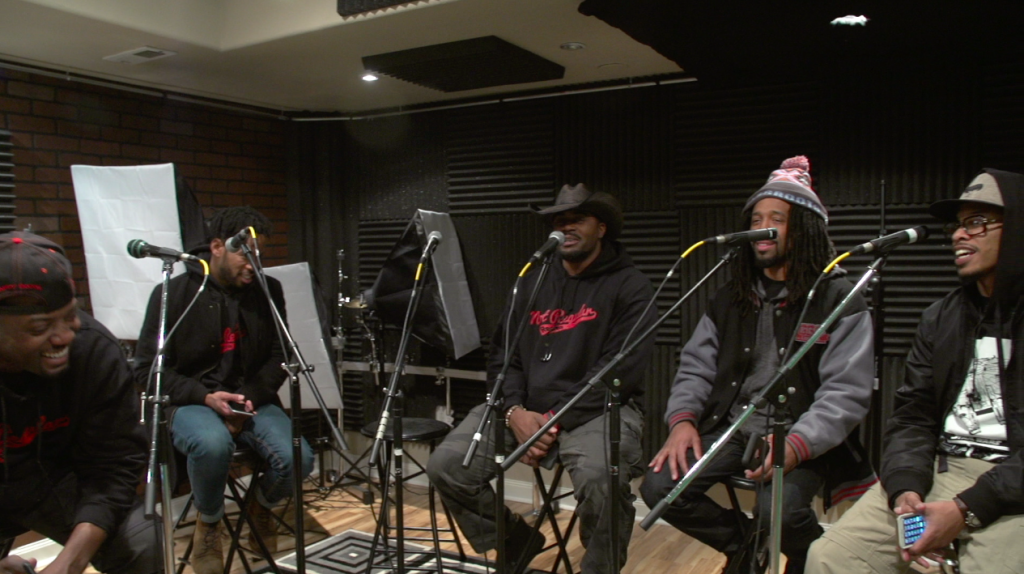 Nappy Roots members discussed their latest album, phone sex, body hair, big booties, poetry and shit. In what could be considered offensive, some of the conversation gave our team of animators quite the challenge, as you can see in the following images: 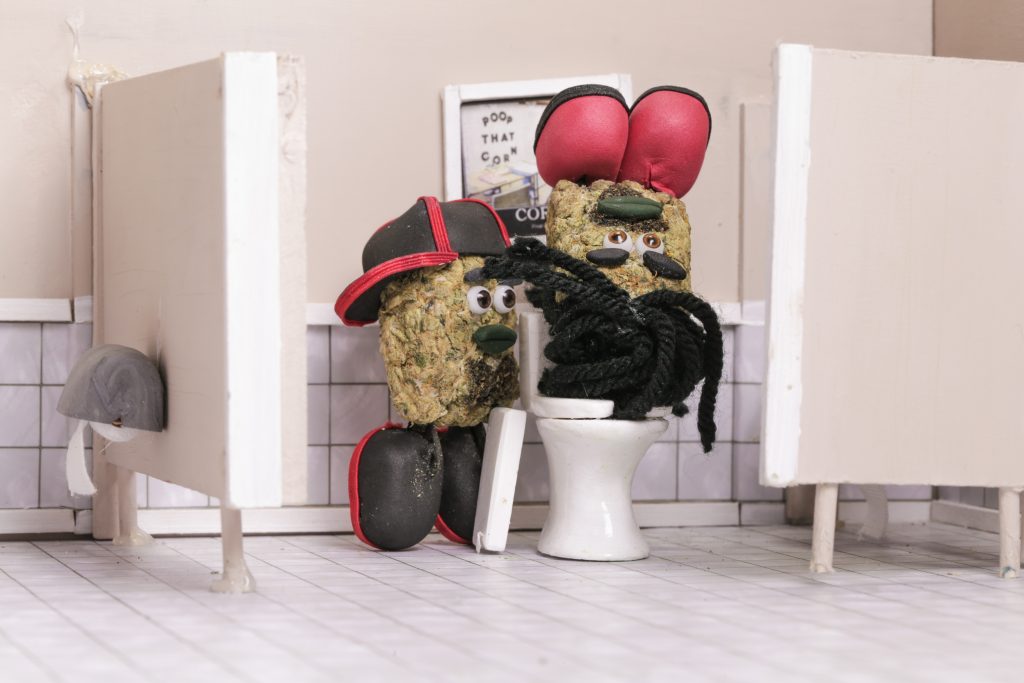 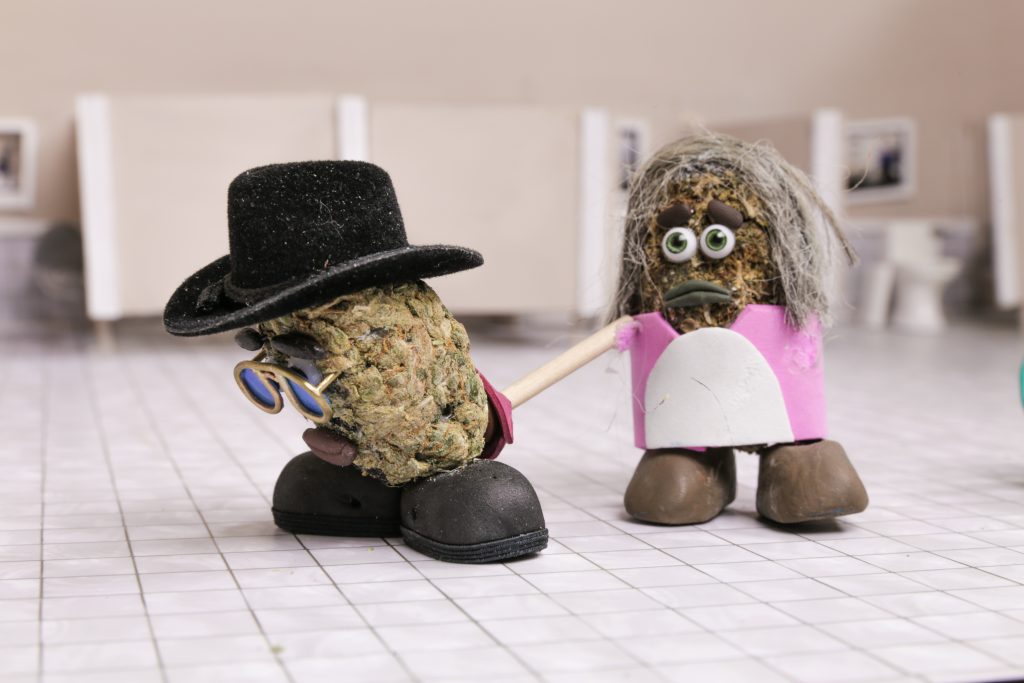 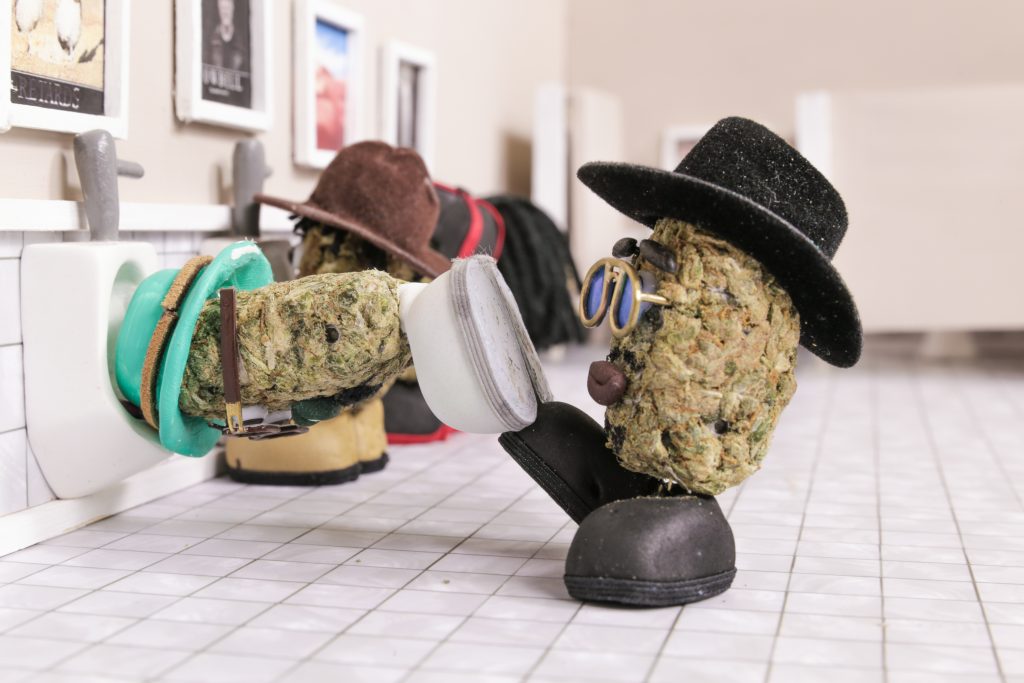 When it was all said and done, Bong Burgundy declared that it was “the funniest interview I’ve ever done.” And we agree that it’s some really, really funny shit. We hope you got a chance to watch the full episode, but if you haven’t, click here to watch it. 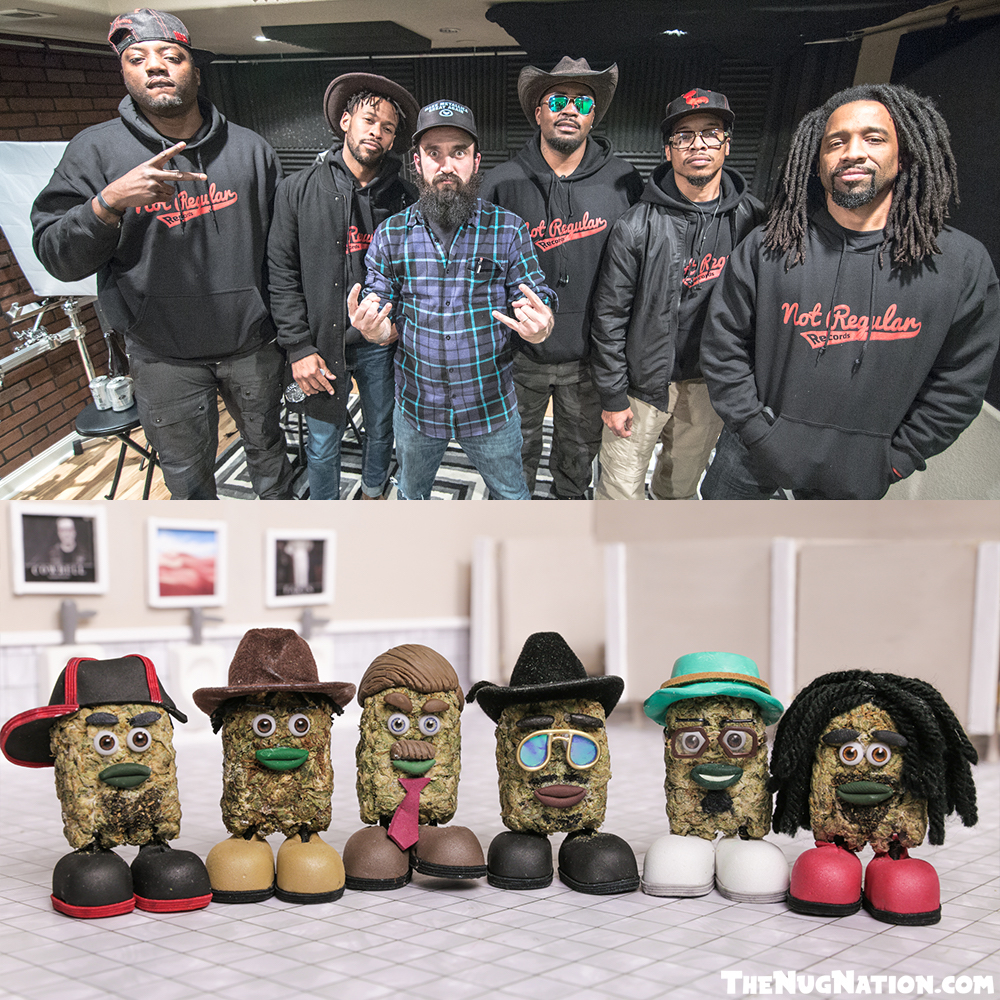 The Nappy Roots guys with Bong Burgundy as nugified!

If you’ve gotten this far, you’re probably related to us, or work here. Still, we appreciate your support in our goals to keep you laughing with weed that you don’t need to smoke, eat or rub on your body.